How to Avoid Clichés When Writing 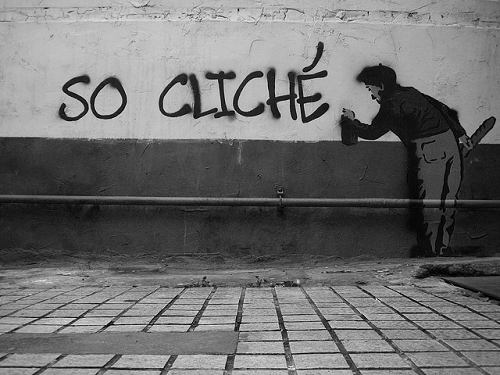 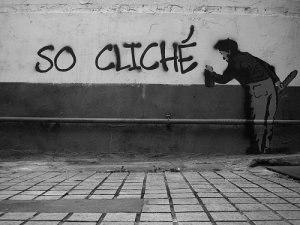 Every writer has been guilty of making a cliché at some point in time. While they may seem harmless enough, they can water down the quality of your work.

So, what exactly are clichés and how do you avoid them?

By definition, a cliché is any expression or idea that’s overused to the point where its meaning has been lost or at least concealed from original intent. In the realm of writing, a cliché can be a word, phrase or even entire sentence that has lost its originality. A phrase that once was considered interesting and thought-provoking ends up becoming a cliché once it’s been recirculated too many times in written or spoken language.

Why You Should Avoid Clichés

Clichés are generally frowned upon for a few different reasons.

First, they are viewed as an easy way out for writers. Instead of coming up with a unique way to present a sentence or element within a story, a writer may revert to a cliché. They are easy to find and use, so this can mark you as lazy in your readers’ minds. Writing with deeper content that consists of unique, uncommon thoughts and ideas will improve the readability of your work, which is something that every writer should strive.

Another problem with clichés is the impact they have on the quality of an author’s work (and not in a good way). Using clichés can mark you as an amateur — it can send a message to readers that you haven’t been writing long enough to come up with your own way of expressing concepts.

Because they’ve been used and reused a countless number of times, clichés can be boring at best and annoying at worst to readers. Clichés often lower the quality of your work. This is why it’s essential that you eliminate or at least limit your use of clichés. The only time you might want to consider using clichés is for special effect or for humor, as long as it’s clear to readers that the cliché is being used for that purpose.

It’s second nature for many authors to use clichés, largely because they’ve seen and read them so many times that it becomes natural. As a writer, though, you must learn to use replace clichés with different words and phrases to bolster the quality of your work. When you proofread and edit your work, look for clichés such as those mentioned above. Now, think about what words or phrases you can use in place of them. Instead of “pros and cons,” for instance, you could say the “advantages and disadvantages.”

What type of clichés are you guilty of making in your copy? Let us know in the comments section below!