Creating a Limited ‘To Do’ List May Boost Productivity 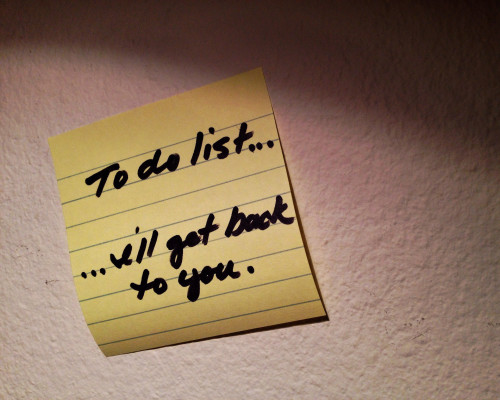 Creating a daily list of all things you wish to accomplish is a simple yet effective way to improve your productivity levels. When your workday begins, you can start at the top of the list, crossing out each task as you move on to the next. Because your daily tasks are written down on paper, you’ll have an easier time remembering them, which in turn boosts your productivity.

However, some experts believe that workers can further boost their productivity by limiting their “to do” list to just a few basic tasks, which is something that we’re going talk about more in today’s blog post.

In an all honesty, a limited “to do” list isn’t a new concept by any means. At the turn of the 20th century, financially savvy businessman Charles Schwab found a problem within his steel-making business: his workers weren’t producing enough steel for a sustainable business model, so Charles sought the expertise of professional productivity consultant Ivy Lee. After consulting for just 15 minutes with Charles, Lee recommended that he implement a new policy involving a limited, prioritized “to do list.”

Lee was so confident in the effectiveness of this new policy that he told Charles to charge him based on the improvements that it made after just three months. Reports indicate that Charles was blown away by Lee’s method, agreeing to pay him $25,000 at the end of the 3-month period. $25,000 may not seem like much in today’s world, but that’s roughly the equivalent of $450,000 in today’s world.

How to Use Lee’s Method

So, how can you use Lee’s method to improve your productivity levels? First and foremost, you’ll need to create a list of the top six to eight tasks that you need to accomplish. It’s recommended that you create this list the night/day prior to when you plan on accomplishing them. Remember, the core principle behind Lee’s method is that it involves just a few tasks, not a long list consisting of dozens of tasks (or more).

The next step in utilizing Lee’s method is to prioritize your tasks. Do you have a project deadline approaching? This task should be placed at the top of your list, prioritizing it before the other tasks. Think about which tasks are time-sensitive and which ones are not. Prioritizing your tasks is essential when creating an effective “to do” list using Lee’s method, so don’t overlook this key component.

The third and final step is to repeat the “to do” list on a daily basis. At the end of the day, go ahead and prepare a new list for the following day. Continue this cycle indefinitely and you should notice a positive improvement in your productivity levels.

Do you think having a limited “to do” list helps boost productivity? Let us know in the comments section below!